From the confining restrictions imposed by her Mormon upbringing to her newly found freedom, Lesley recently had the opportunity to sit with Wendi Kirby. 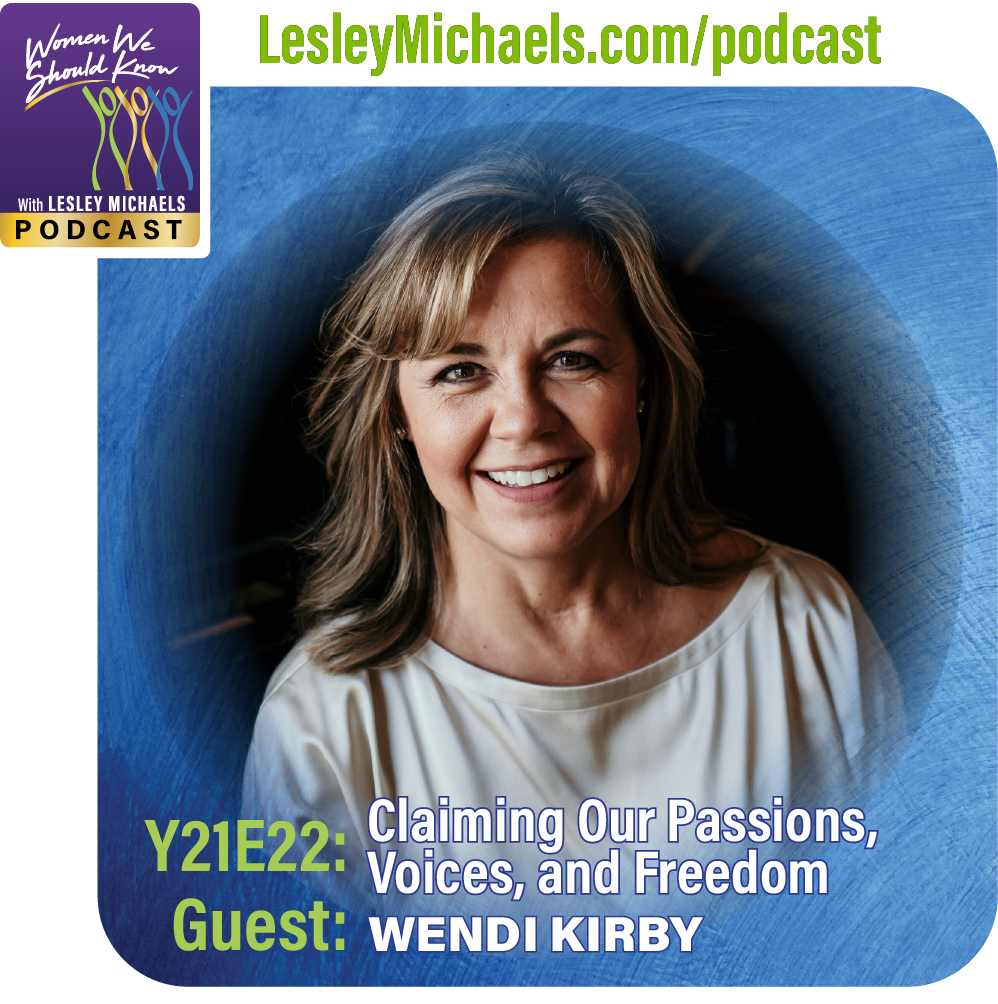 With courage and transparency Wendi shares her emotional restrictive experience of being raised in an environment that denied her the right to her very thoughts, lest they disappoint God. This same restriction convinced her that she had no right to dream of being a concert pianist. Her sole choice being to teach children and be a good and faithful wife. In 2008 Wendi was diagnosed with thyroid cancer. “I feel like being in the throat, it could be that “DNA expression” from repressing my voice…spending so many years keeping quiet and not speaking up for myself under fear or the belief that I “shouldn’t”, says Wendi. But his is not a sad story that Wendi shares. Rather one of grit, commitment to her own voice, and ultimate victory. It is a conversation, full of inspiration, about finding one’s own path to living fully and freely.

Wendi Kirby, NCTM has had a passion for piano that began at age five and due to her high-level classical training she began teaching at age fifteen. Later, with the birth of her two daughters, Wendi focused her attention on the benefits of music for young children and became a certified Kindermusik instructor. After thirty successful years, Wendi recently launched Minuet, her own program for newborn through five-year-old children.

Wendi is currently the Music Director for Stevenson School, Lower Division in Carmel, California President of the California Association of Professional Music Teachers.

She is also an examiner for the Certificate of Merit Program and the State Presidents Advisory Council Chair for Music Teachers Association of California, and

To combine her love of a fine dining experience with her passion for piano performance, Wendi created Quintessence, a theme-based pairing of food, wine, and piano music for intimate audiences. Wendi loves to compose for piano and listening to all genres of music.