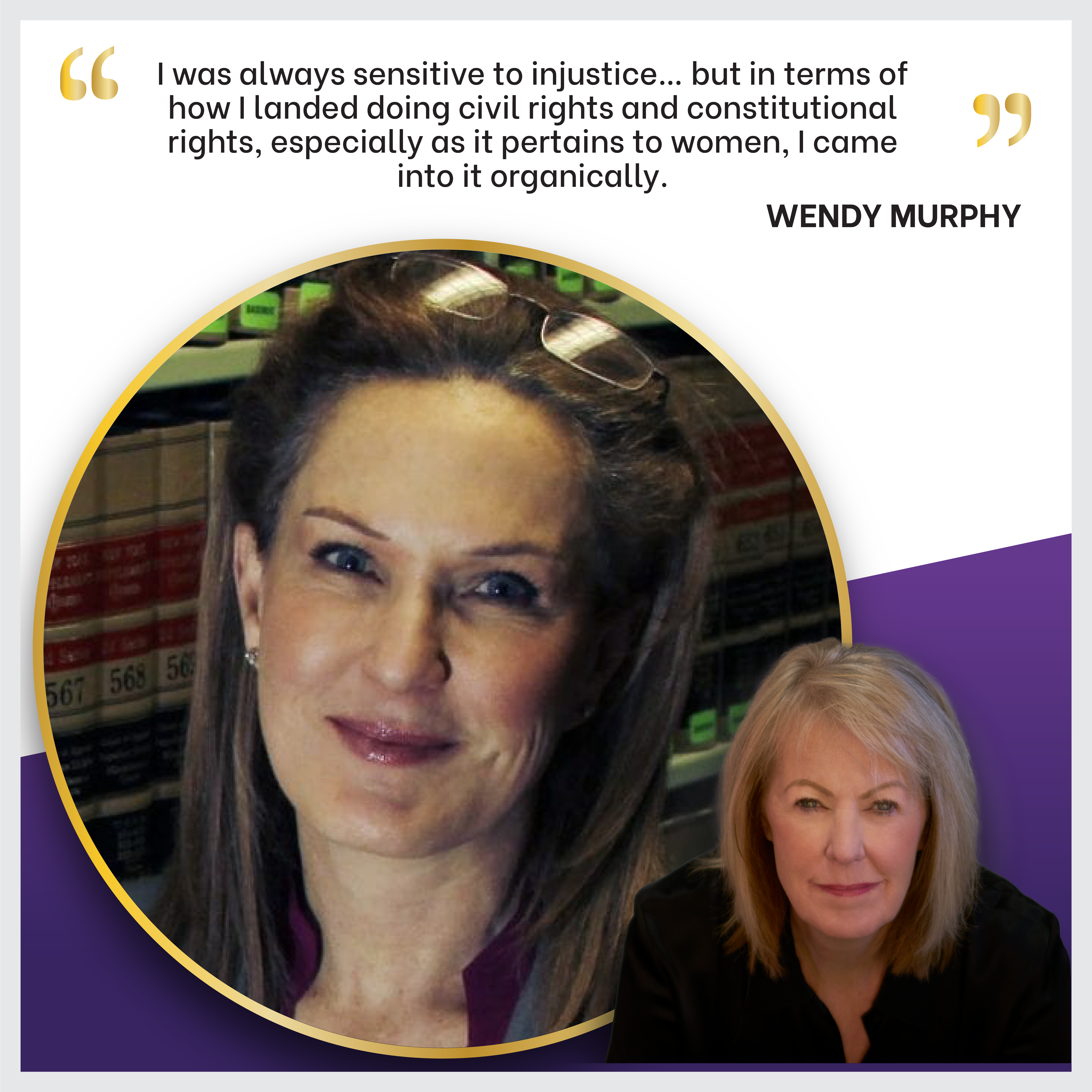 “I was always sensitive to injustice…but in terms of how I landed doing civil rights and constitutional rights…I came into it organically.” 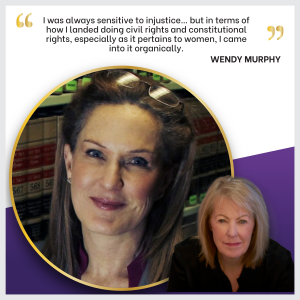 For more than fifteen years, Wendy Murphy has served as an adjunct professor of sexual violence law at New England Law|Boston, where she also co-directs the Women’s and Children’s Advocacy Project under the Center for Law and Social Responsibility. A former Visiting Scholar at Harvard Law School, Wendy prosecuted child abuse and sex crimes cases for many years.

In 1992 she founded the first organization in the nation to provide pro bono legal services to crime victims.

Wendy is an impact litigator whose work in state and federal courts has changed the law to better protect the constitutional and civil rights of victimized women and children. Wendy writes and lectures widely on the constitutional and civil rights of women and children and criminal justice policy. She is a contributing editor for The Sexual Assault Report and writes a regular column for ThePatriot Ledger.

Wendy has published numerous scholarly articles including a landmark law review article explaining the legal relationship between sexual assault on campus and Title IX. Dubbed the “Goddaughter of Title IX” by the “Godmother of Title IX,” Dr. Bernice Sandler, Wendy’s impact litigation in the area of campus sexual assault, beginning in the early 1990s, includes groundbreaking victories against Harvard College in 2002, and Harvard Law School and Princeton University in 2010, which cases led the way to widespread awareness and reforms, including the well-known April 2011 Dear Colleague Letter.

Her first book, “And Justice For Some,” was published by Penguin/Sentinel in 2007, and re-released in paperback in 2013.

Connect with Wendy on her various platforms: